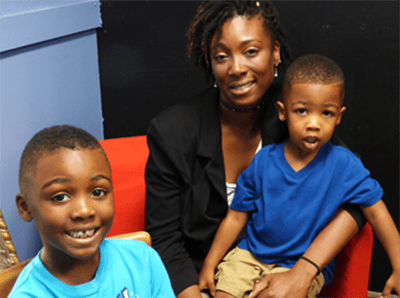 Cierra came to Hillcrest during a very difficult time in her life. Following a major life change, Cierra and her sons were homeless. A friend told her about Hillcrest, and after successfully completing the application process she was accepted and provided an apartment for up to 90 days. During that time, she maintained full-time employment, faithfully attended life skills classes, learned to budget her money, and paid down her debts. “I was so nervous and scared because I was walking in with a full story behind me. There was Hillcrest saying everything was going to be okay. I was told that if I did the work, I would succeed.”

And succeed she did. Cierra completed the program, and after 90 days was able to transition out of Hillcrest and into her own apartment. Today, Cierra glows when she talks about having her own apartment and how well her sons are doing in school. “My number one goal now is stability,” she said. “I want to create a stable foundation for my sons so that they can grow up and succeed in life. I feel like Hillcrest gave us a future.”

Melissa is a survivor. At one time, her career was solid, her family secure, and she owned her own home. Then a relationship defined by abuse devastated her emotionally, physically, and financially.

After moving from shelter to shelter and hospital to hospital, Melissa came to Hillcrest. Here she found the help and hope she needed to rebuild.

"My children and I are now reunited. Hillcrest has given us a peaceful and safe home and taught me how to rebuild our lives through hard work, strict budgeting, and life skills. I thank all at Hillcrest who have held me as I cried, gave me safety, and prayed for me." 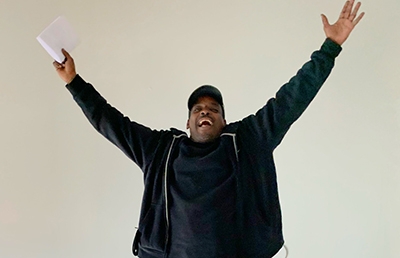 Life had not been kind to "Jonathan." In fact, it had been traumatic. After losing two children (one to gun violence, another to a car accident), Jon separated from his wife. His life was stripped of everything, including his home. He had been living in his car for four years.

Despite all he went through, he said he continued to trust God. His prayers for help were answered in the form of Hillcrest's program. His caseworker helped him assess his challenges to stability and overcome barriers to self-sufficiency.

When Jon turned the key to his new apartment, the first words he said were, "I thank God I'm so happy right now. He gave me another chance!"

Kathy was a single mom who had a simple dream: to have a normal life for her and her 7-year-old son, Jake. Past sexual abuse and a life of drugs had closed many doors. An attempt at getting a college education had ended in failure, leaving her with no degree and a student loan that would take over thirty years to pay off - even if she had a job. Then Kathy heard about a program that works with families in her situation. She and her son applied and moved into Hillcrest’s transitional housing program.

With her dedication and the success of Hillcrest’s model, Kathy thrived. She found work, learned how to manage her income and pay down debt, and became proficient at creating a weekly budget. Her son, who had been struggling at school, began to experience academic growth simply from living in a more stable environment.

For the first time, Kathy had hope that she could achieve a normal life again. However, there was one piece missing: Kathy wanted to become a “soccer mom.” During her last week at Hillcrest, that dream came true. She was able to afford putting her son on a youth soccer team. This was the embodiment of normalcy for Kathy. Her cries of joy were heard throughout the office when she came home to celebrate, crying “I’m a soccer mom! I’m a soccer mom!”

Andrea, a mother of two teenagers, was living in a sober living housing unit after overcoming many obstacles. Those obstacles turned into her greatest strengths as she developed resilience, determination, and personal power to change her circumstances.

After applying to Hillcrest for assistance, Andrea and her family were provided 90 days of rent and utility-free housing while she worked full-time and learned to manage her money. She graduated Hillcrest's program and moved into a duplex of her own.

Hillcrest graduate Denise described herself as unemployable, a financial disaster, and a struggling mother before finding hope at Hillcrest. "I had never learned to thrive as a responsible, productive member of society. I didn't think I was smart enough, strong enough, or capable," she said.

Hillcrest came alongside her with the tools she needed and an apartment sponsor to lift her up. Denise now lives on her own, has a good job, regained custody of her sons, has paid off debt, invests in a savings account and 401K, and carries health insurance. "I know now that I am capable and valuable enough to accomplish anything!" 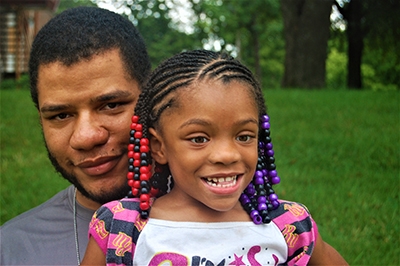 National Guard Soldier Jeremiah and his young daughter moved into Hillcrest after living in a small home with 26 people. Despite the difficulty they faced, Jeremiah was a gentle and patient father with full custody of his daughter who was extremely shy around others and would talk only through her father.

Jeremiah took to budgeting like a professional and was able to satisfy debt, repair errors on his credit report, improve relationships with his family, and even purchase a car. In addition to his National Guard commitments, Jeremiah continued working full-time. After finding stability and gaining life skills at Hillcrest, they moved out into their own apartment. Jeremiah said he felt confident and relieved to provide for himself and his daughter.

Our program is effective at helping individuals, youth, and families become self-reliant in
0 days
Our sites celebrate up to an
0%
program graduation rate
We currently serve
0
adults & youth each year
In a single year, clients pay off or reduce debt by
$0K